It’s natural for people to generate an idea and make plans toward that idea with the hope that it will evolve into something successful, something that people will appreciate and the organizer will feel satisfied with the results. Thus was my vision for the 1st Annual Wasatch Mountain Wrangler meet-up.

I’ve been receiving pressure for months to host an all Wrangler get together. On a few occasions I explored locations to host it, researched catering, and was even ready a few times to put down deposits. But time after time something stopped me from progressing. Eventually someone suggested that we host an adults only ‘formal’ party. For no other reason than my own self desire to get dressed up with my wife, I immediately agreed that it was a fine idea and thus the vision began. 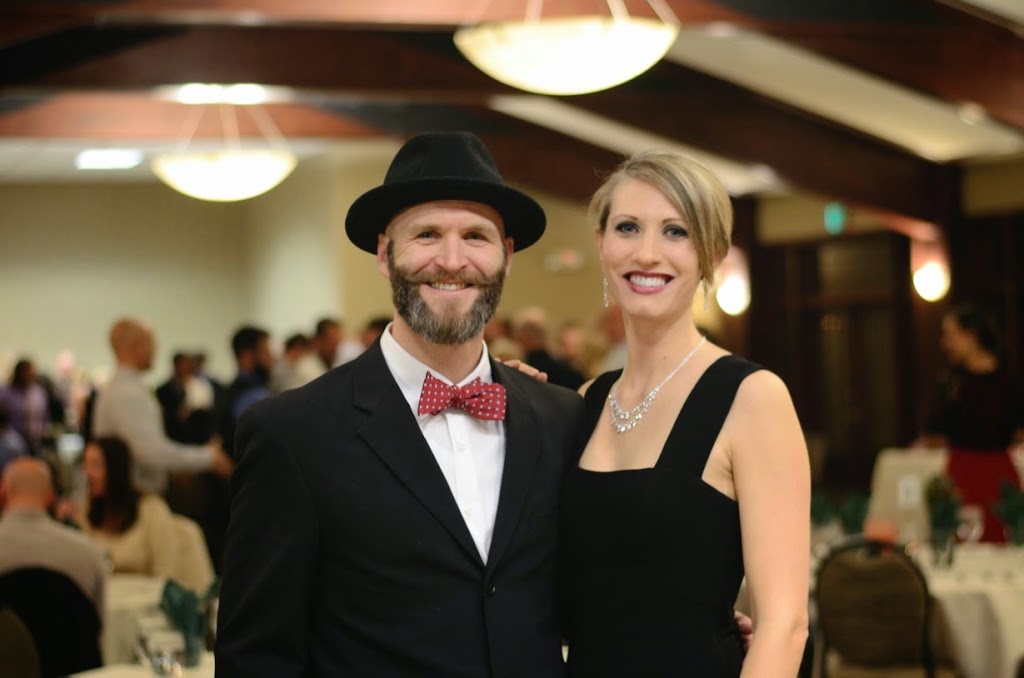 All photos taken by Morgan Williams

Thanks to many amazing connections within our own community (Kendall Wimmer at Thanksgiving Point, Jennifer Hanna at Zenergy Massage, Altra Footwear, Jim Skaggs with the  Buffalo Run races, and others) I had what I thought was a genuinely good plan for the biggest bash of the year – a celebration of all this incredible running group accomplished in 2014. I even went as far as to create awards in different categories for Wranglers who stood out. These were decided by public vote on an anonymous survey. 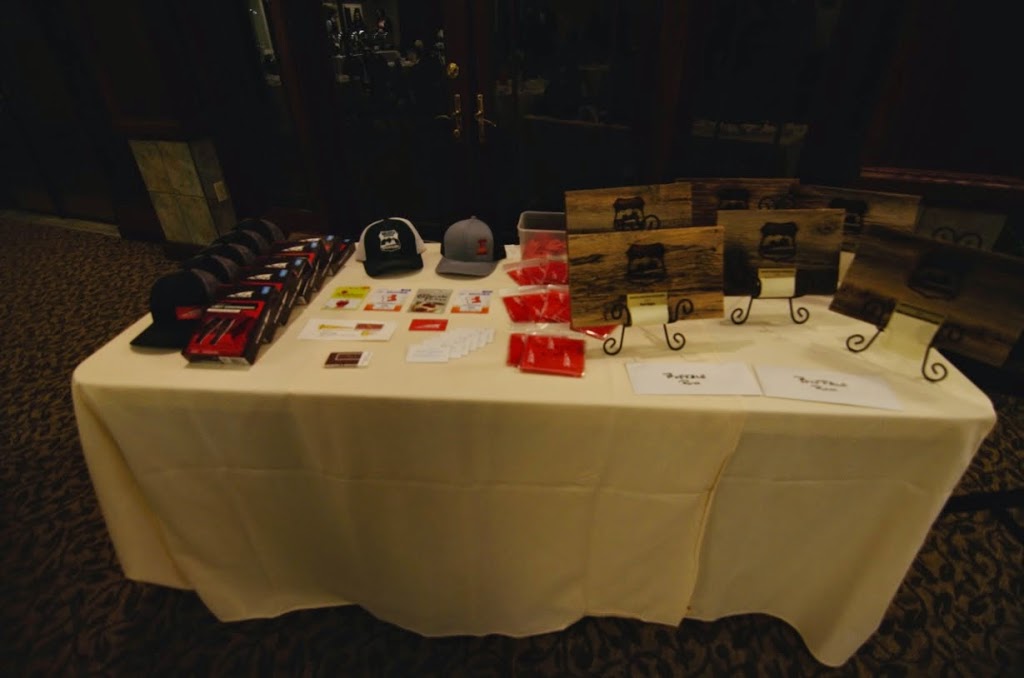 I spent the better part of the 3 days prior to the event nearly sick to my stomach with nerves and anticipation. Every part of me wanted it to go well. But what actually transpired transcended even my wildest imagination.

Hosted in the main banquet hall at the Thanksgiving Point Clubhouse we were greeted with an immaculate spread of tables and decorations, with a large area in the middle for dancing. At 7pm people began to trickle in, then in groups, all decked out in beautiful formal wear. The men mostly in suits (a few in tuxes) and the women in beautiful formal gowns and dresses. While not all participated, most came in suggested running shoes. We were a running group, so it only made sense. 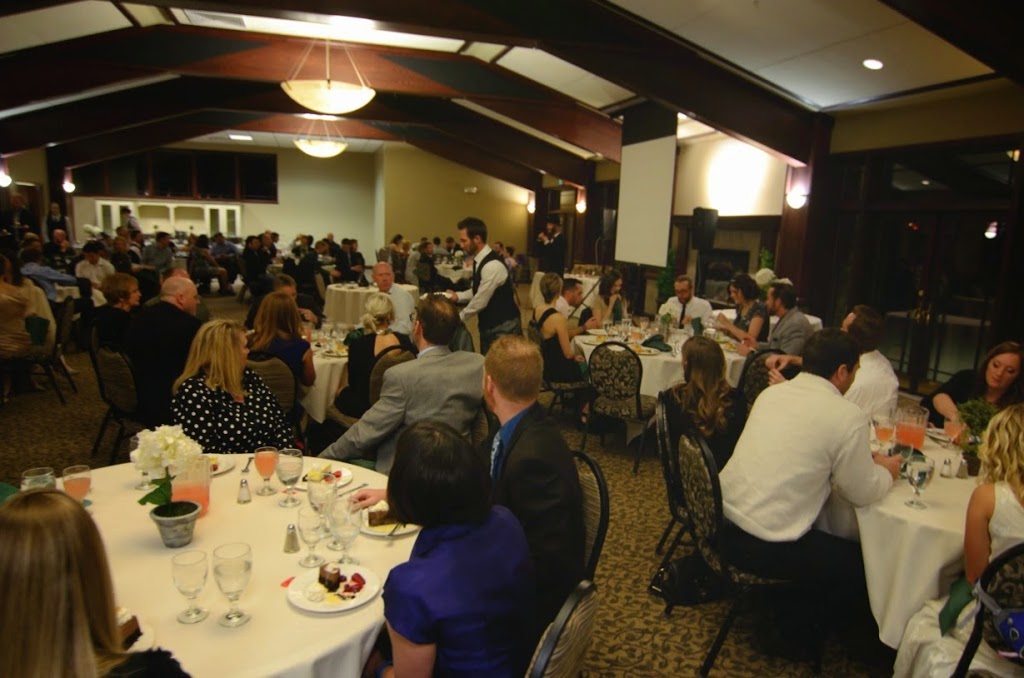 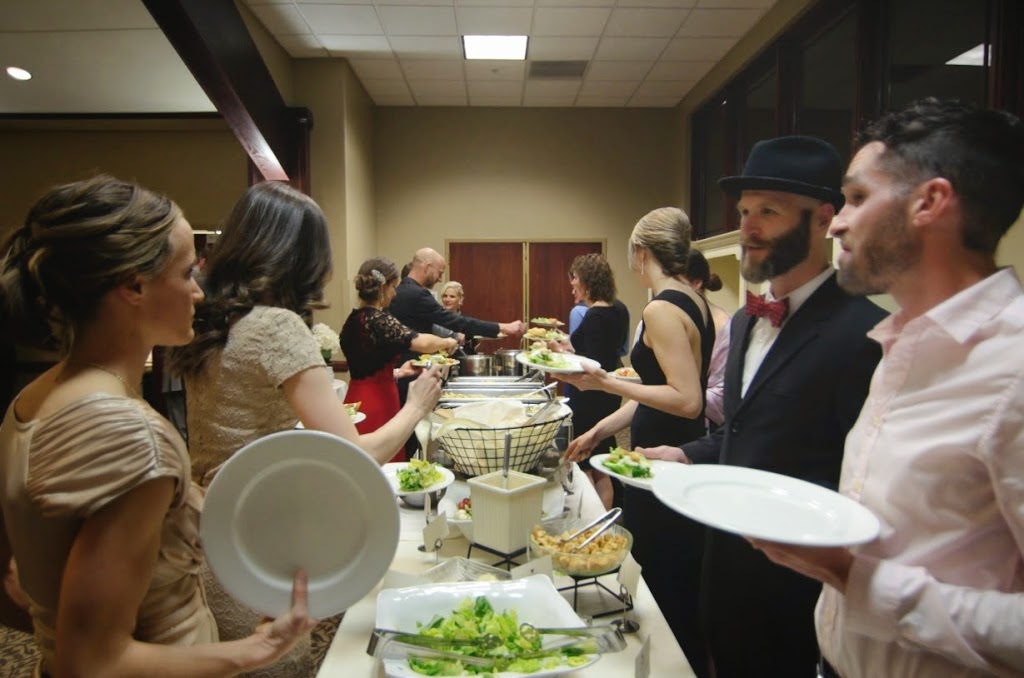 At 7:30 dinner was served as people sat at tables with old and new friends, introducing normally uncomfortable spouses. This was no regular running conglomeration, it was date night and non-threatening, where everyone, runner or not was able to feel comfortable and welcomed. By 8pm most people had gotten through their meals and I stood to deliver a message of welcome and raffle off a few of our donated prizes, followed by our awards. In due respect, you can read them below:

My idea for the awards was to just honor a few people for their accomplishments. What became quickly apparent was that these awards were a big deal. People were genuinely moved and seemed to have taken great pride in their winning. I had no idea it would have such an impact. Congratulations to everyone who was nominated and to those selected. 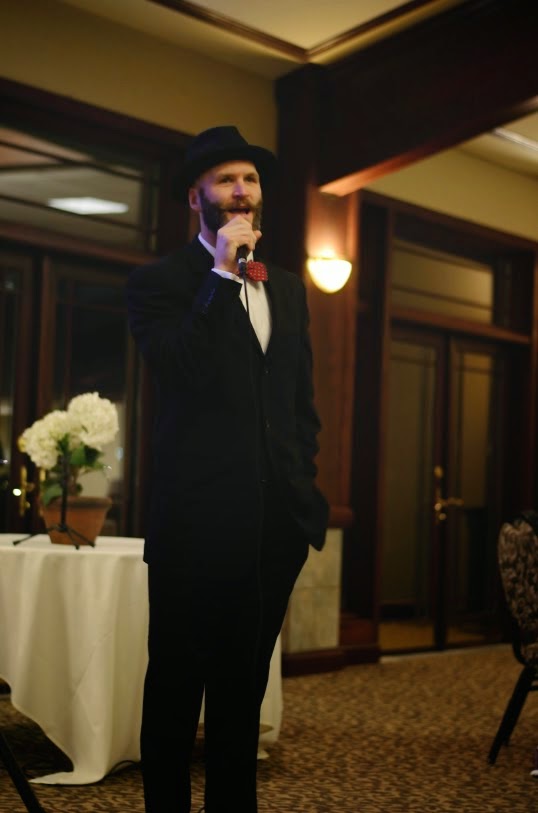 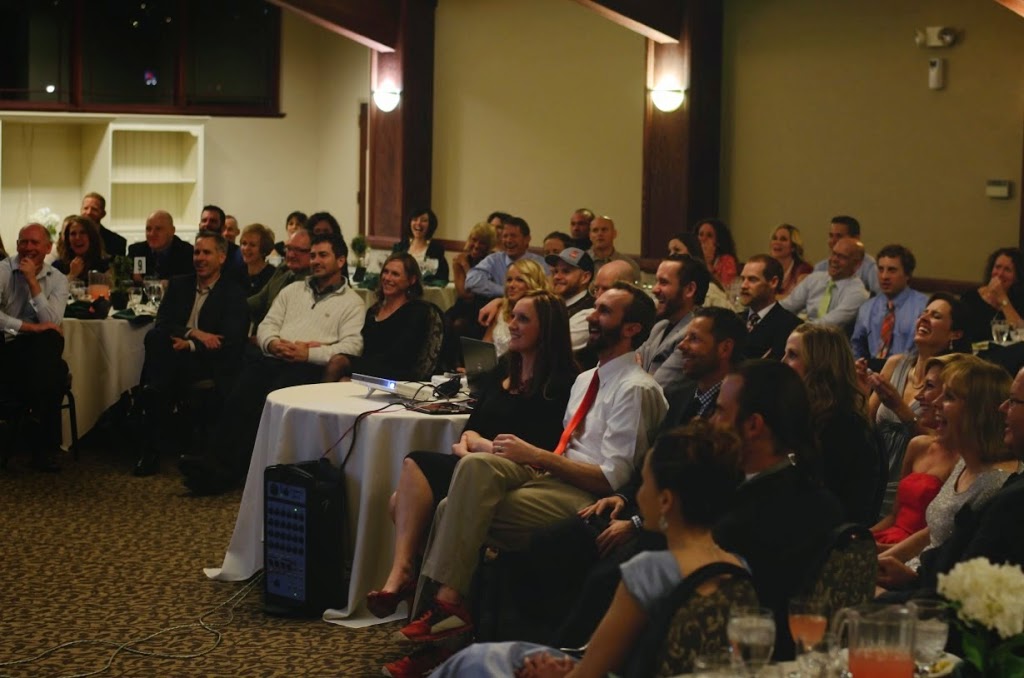 After the awards and a few more prizes to raffle Matt Van Horn debuted his trailer to his forthcoming Pony Express 100 documentary. It was truly beautiful and we are all excited for the full length story. Aaron Williams collected video from all sorts of Wranglers over the last month and compiled what might be the greatest and most hilarious collection of running vidoes I’ve ever seen. Finally, Brendan Rensink presented a photo highlight of the Wrangler Christmas gift exchange, something so cool I would have to write an entire additional post to describe it.

With the formalities of a get together over, the presentation table was moved out of the way, the lights were turned low, and the music turned up. The next two hours would be spent dancing and partying with some of the greatest people I’ve ever had the honor of knowing. Personally, it was a night to remember as my wife has not looked that beautiful since the day we were married. She was a vision and stole the scene in her beautiful gown and magnetic personality. While many left to get home to children those who stayed laughed and danced, made new friendships and solidified others. Eventually the last of the party trickled out to get home to their beds. The few who remained helped to take down the set-up and make sure we said our appreciations to the establishment. 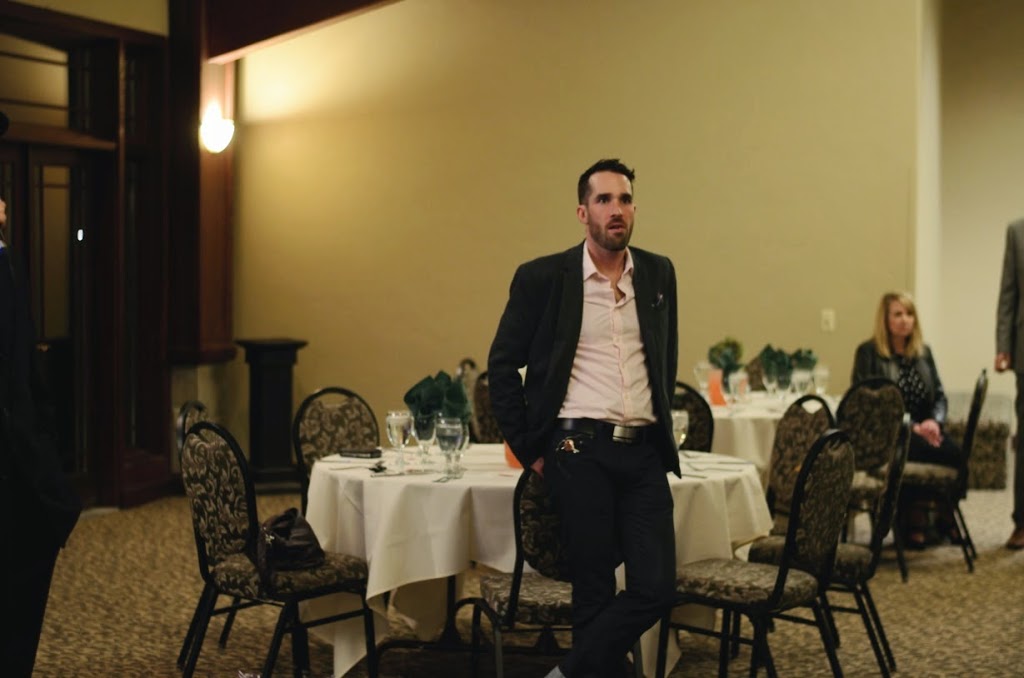 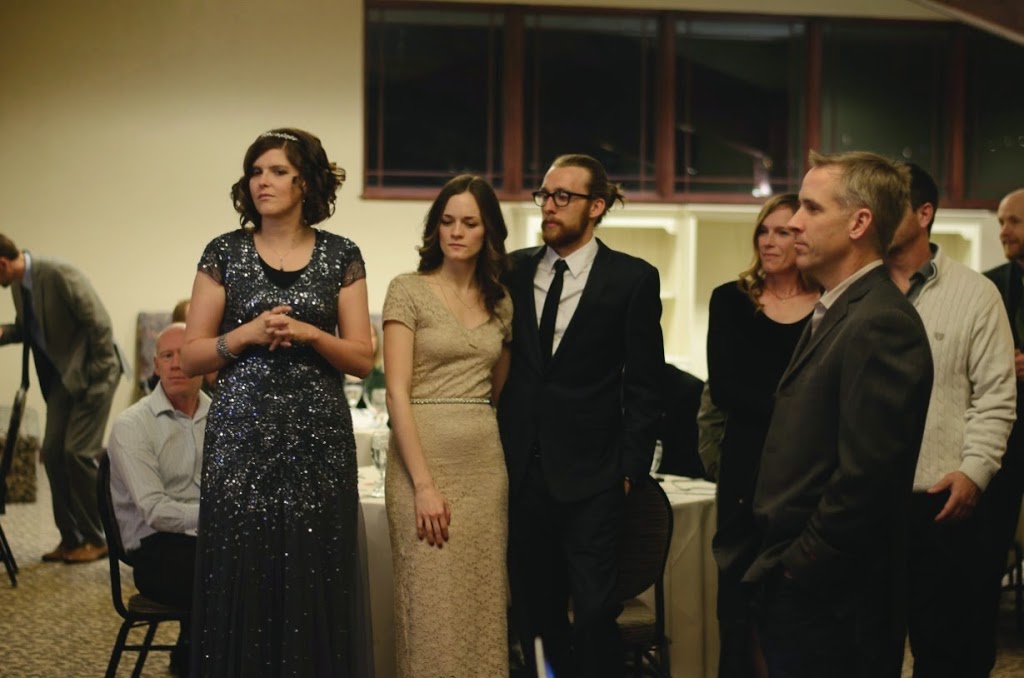 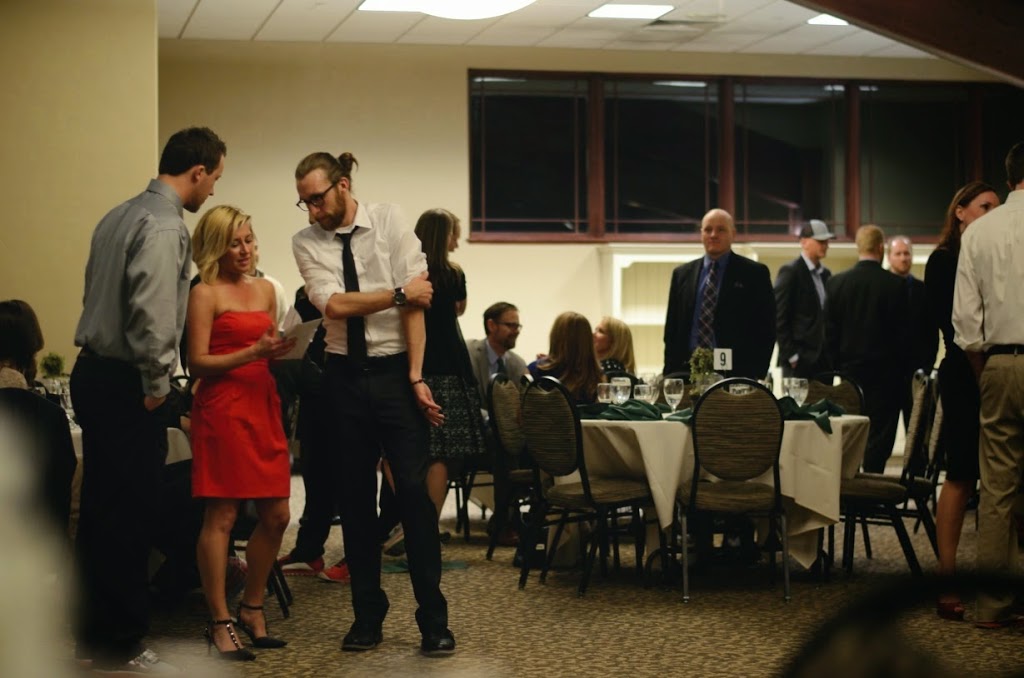 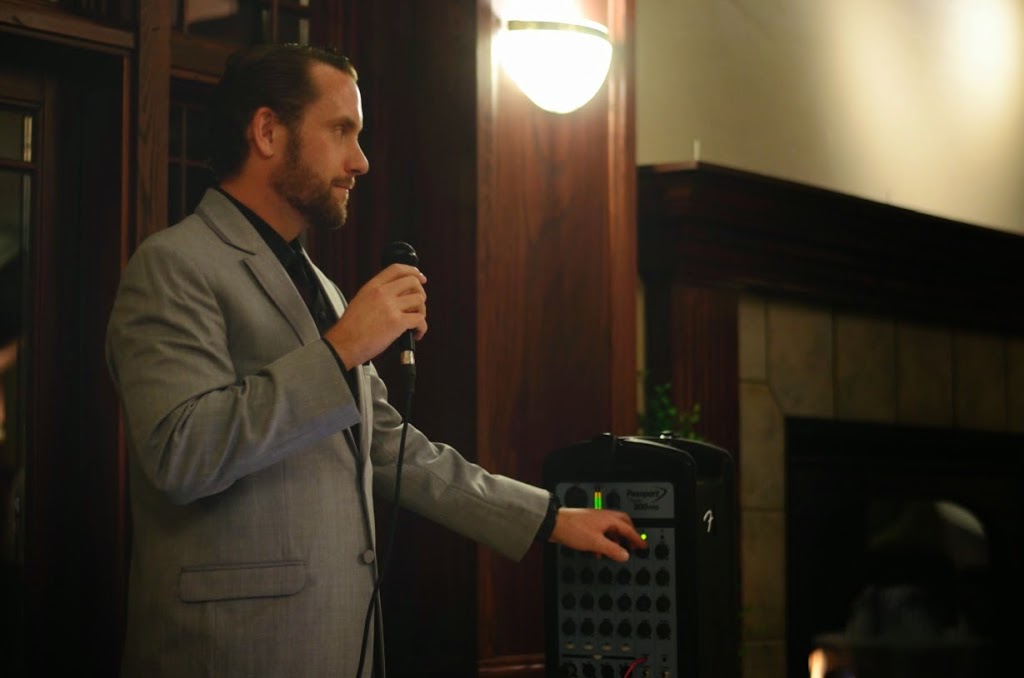 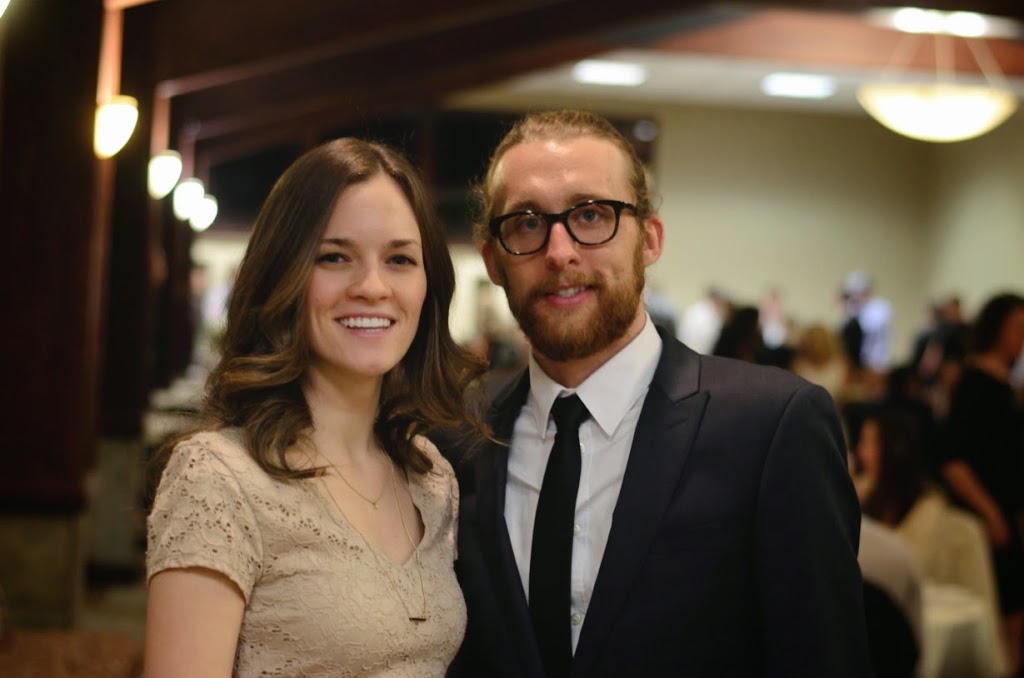 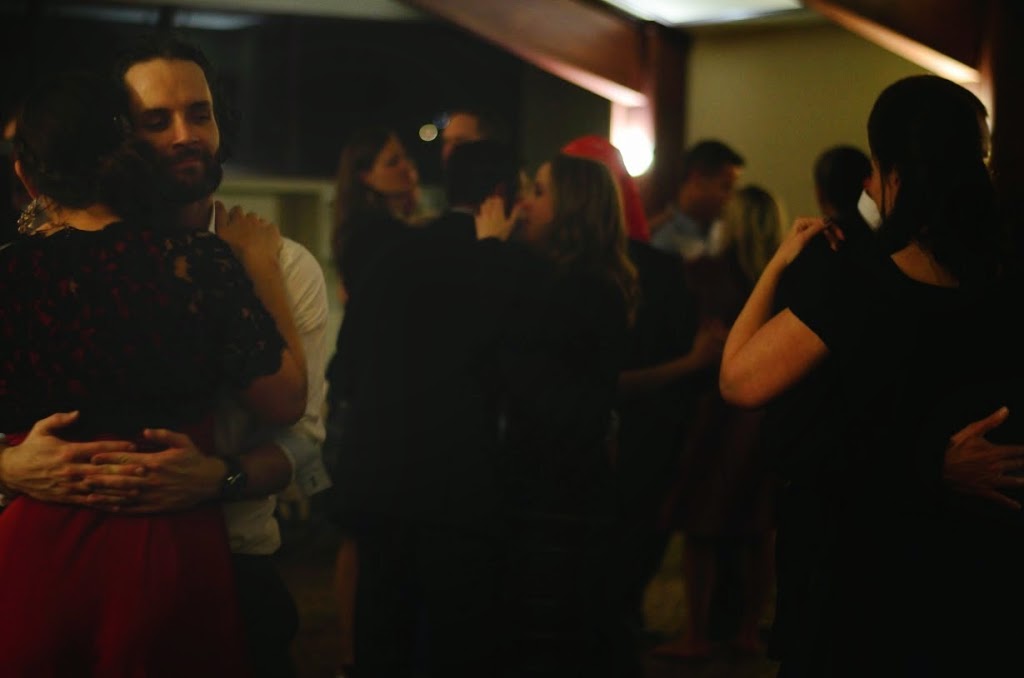 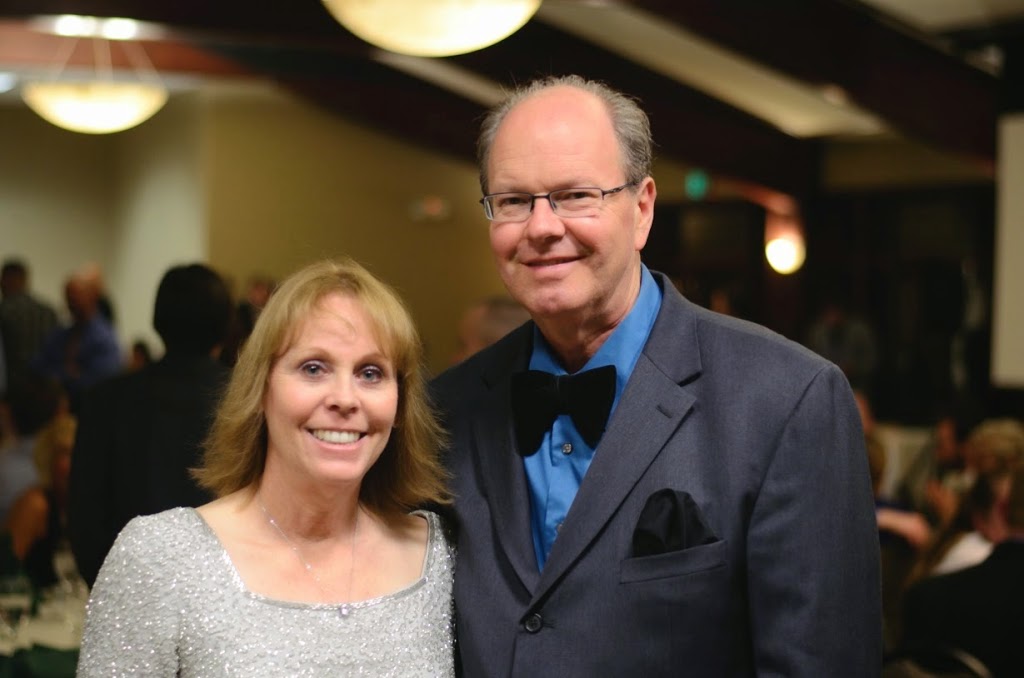 I don’t know where to begin to express my gratitude to this amazing group of people who attended, who sacrificed a night with family or other commitments, who made the financial commitment to attend, and then show up and support their friends. I’m blessed to have had the support of close friends who offered to help and take up responsibilities I just didn’t have time for (Matt, Jenna, Aaron, and others). I love this community and I thank each of you who have allowed me to be involved, to have an influence, and be allowed to host something that is now so special to me. I thank you from the bottom of my heart. Until next year!