OK, I wasn’t really ever that scared. But in my dilapidated state, I knew I would be when it mattered.

We sat on top of Sugarloaf, about 2/3 of the way through the WURL (Wasatch Ultra Ridge Linkup) torn between two worlds – the one in which we had just come where we had spent hours in the hot sun scrambling over technical rocky ridges and up and over 11,000 ft peaks, and the one we had in front of us where there would be even more very technical rocky scrambling, more 11,000 ft peaks, but this time in darkness, cold, and no real knowledge of the route exit. On fresh legs with a clear mind that last 1/3 sounded like a fun challenge. On tired uphill legs and a foggy, heat-reduced brain it sounded terrifying. Enough so that I was ready to quit. 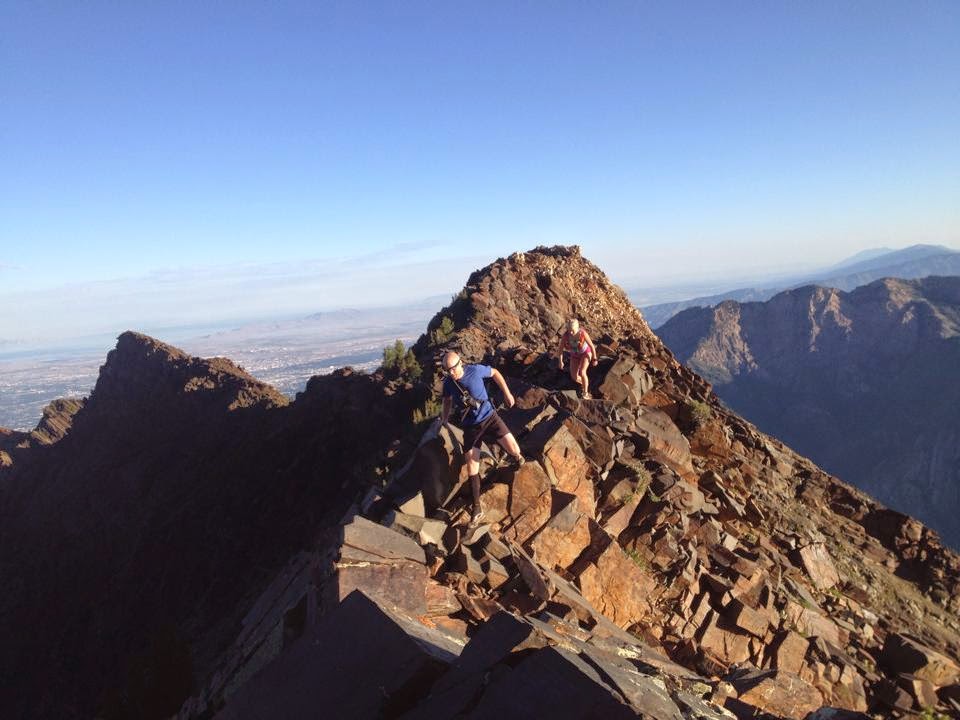 My problem with the WURL isn’t the physical requirement, I’m more than happy to suffer for an end goal. My problem with the WURL is the investment. To do it successfully you have to want it even more than the required suffering, otherwise it is too easy to bail out. And I just didn’t want it that bad. It has yet to make my bucket list and definitely hasn’t been a goal of mine. Our attempt was a fall-back for not being able to head out to the Uintas for our 13ers attempt. It was planned just 2 days prior to the trip and we went into it nearly blind. And because of my lack of investment I did Jennilyn, my partner for the day, a disservice.

Aside from the 13ers, WURL is Jennilyn’s big goal for the year – to become the first woman to complete it and to do it in a quick time. As we sat on top of Sugarloaf we played the math out and the result was a potential 30+ hour finish. That wasn’t the way Jennilyn wanted to do it. For her it isn’t about slogging it out just to be the first. She wants to put up a monster number and finish with style. I respect her for that. And for that reason, she was happy to call it a day also. She will go back when everything is perfect and I’m certain she will crush it. 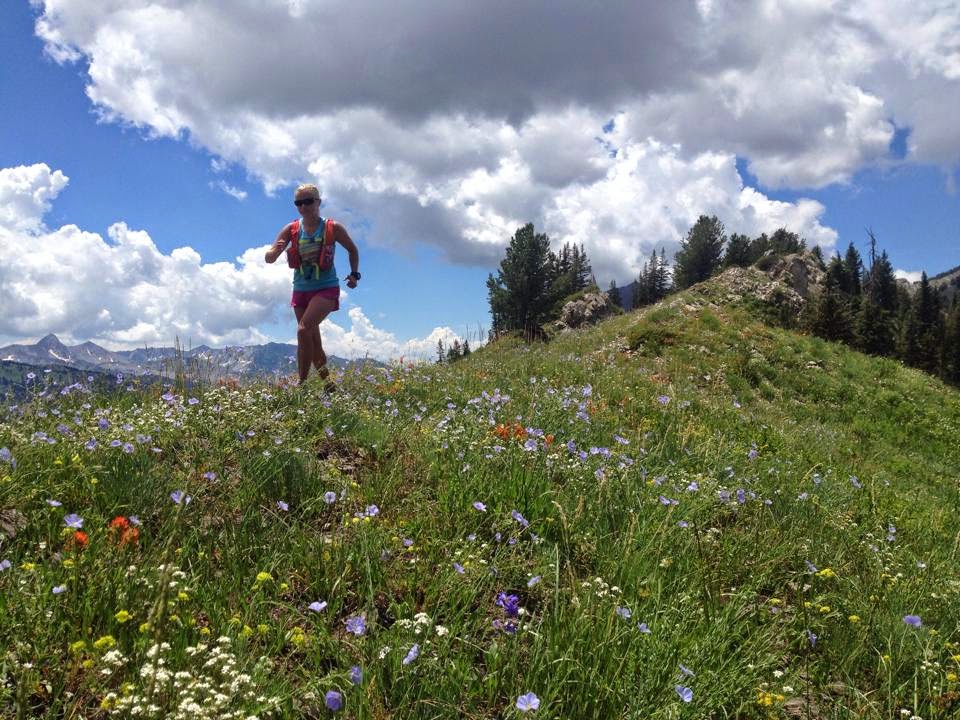 Now, a few days later, still on tired legs, I reflect not on failing at the WURL (everyone who has ever done it failed their first time . . . . and they knew the whole route first), but on a nearly perfect day in the mountains. Jennilyn and I got to spend the first 10 hours and 11 peaks with her husband, Ben. You won’t find much better company in the mountains. WURL jokes rolled off our tongues like sour candy (“Hey Ben, it means the WURL to me that you’d come do this”) and we mocked Jared Campbell and his devilish concoctions. We laughed our way over the miles and the peaks and we scoffed at the route description authors who made some of the sections sound so terrible, when they were some of the funnest along the whole Cottonwood Ridge. 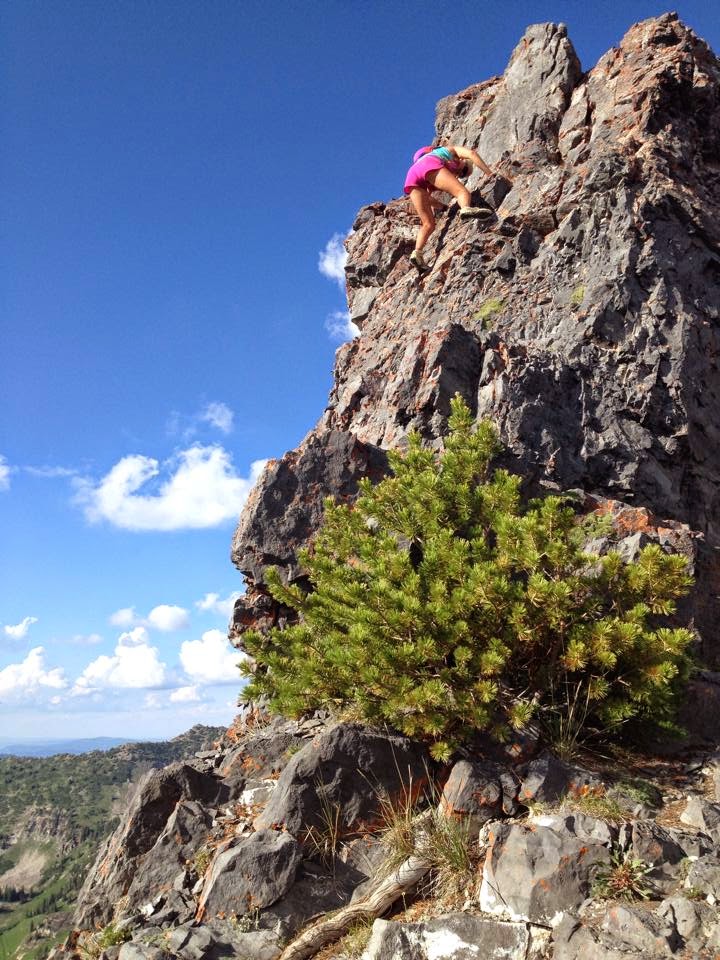 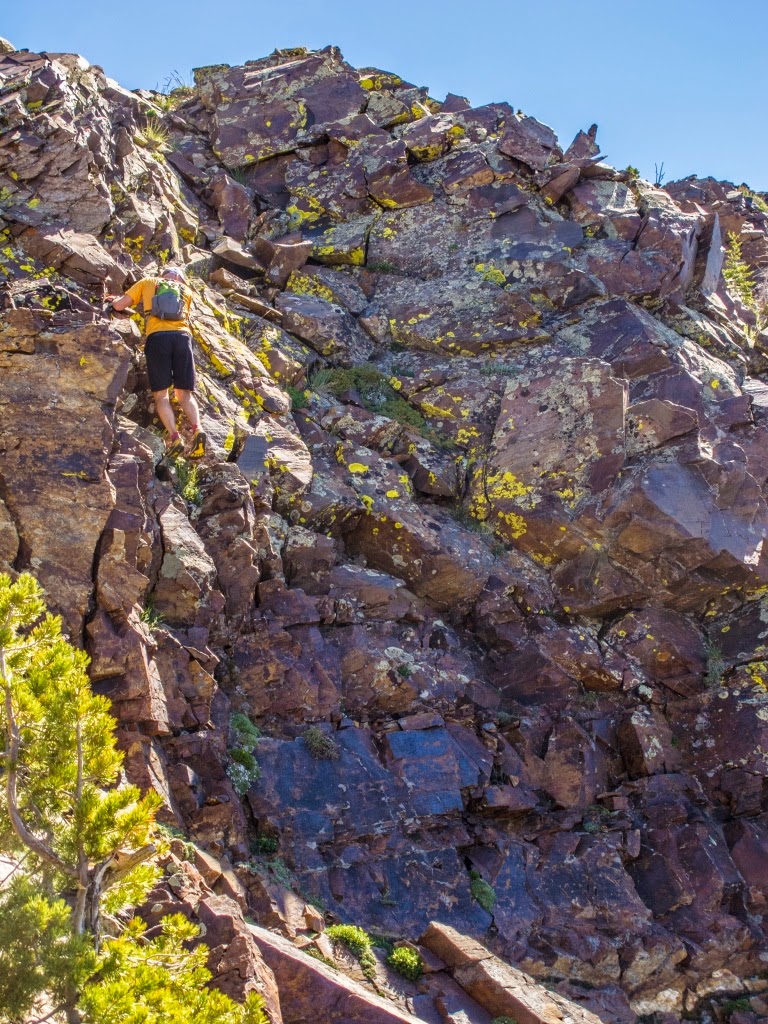 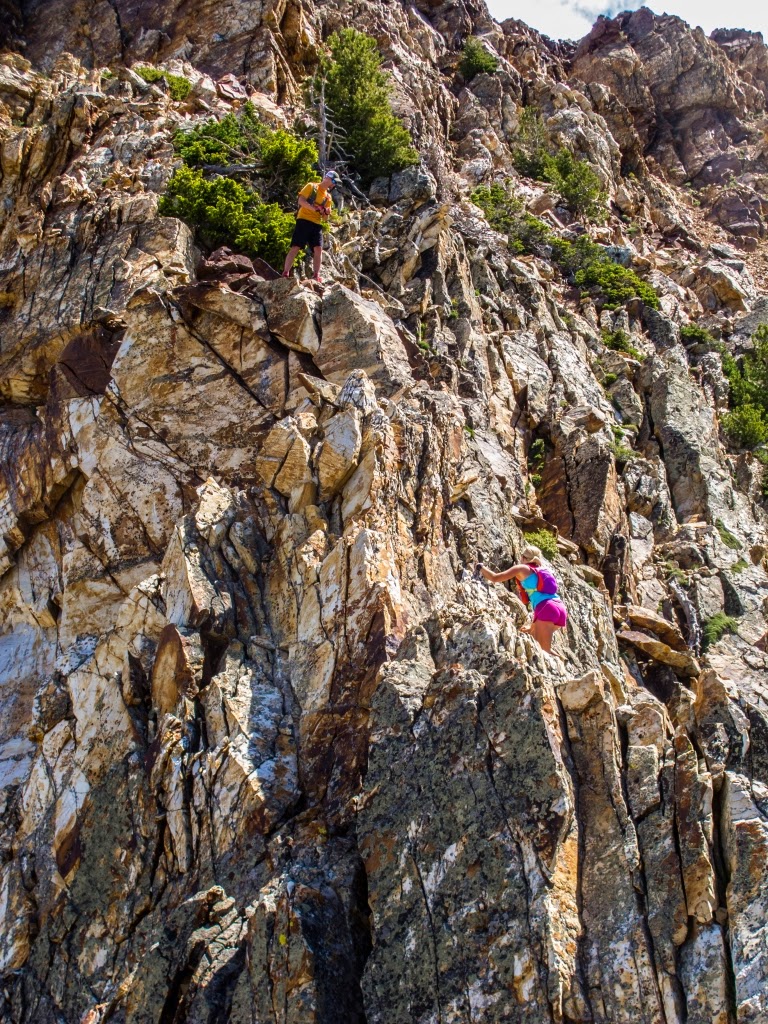 I reflect back on the glissading mountain goat, Jennilyn’s faceplant into a snowbank, running into an old friend – Steve Bohman – and current friends Jason E, Mark K, and Darcie G. And then there were the views. The Wasatch has it’s own kind of beauty. Every direction is a painting all it’s own and one I could stare at for hours. 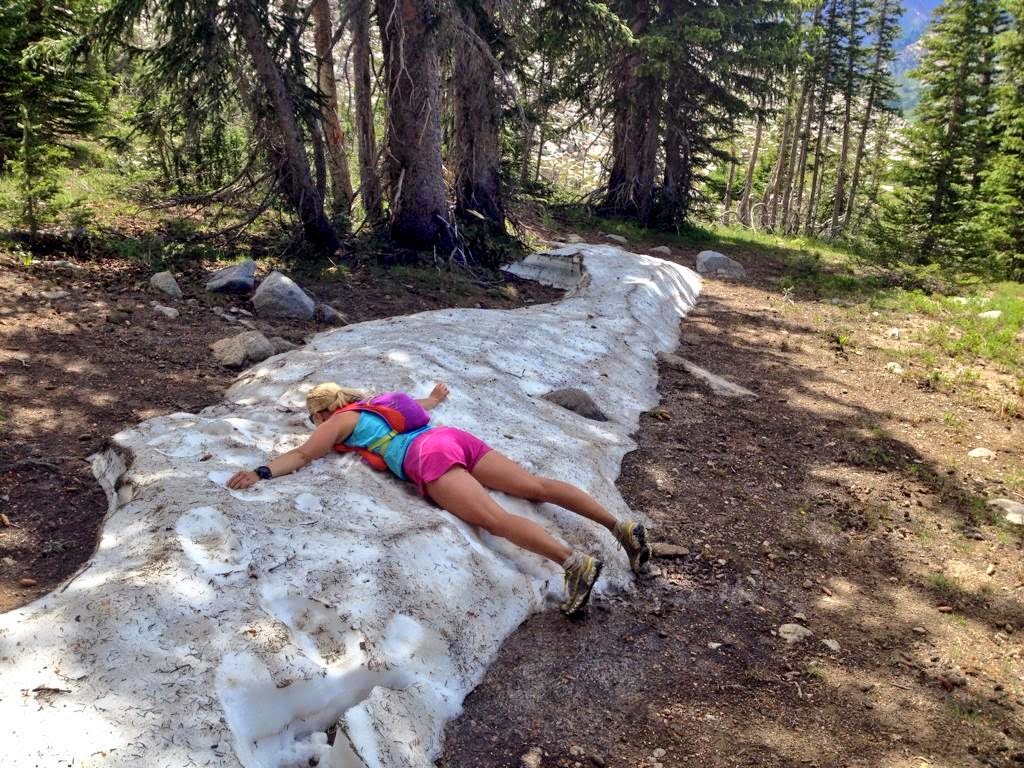 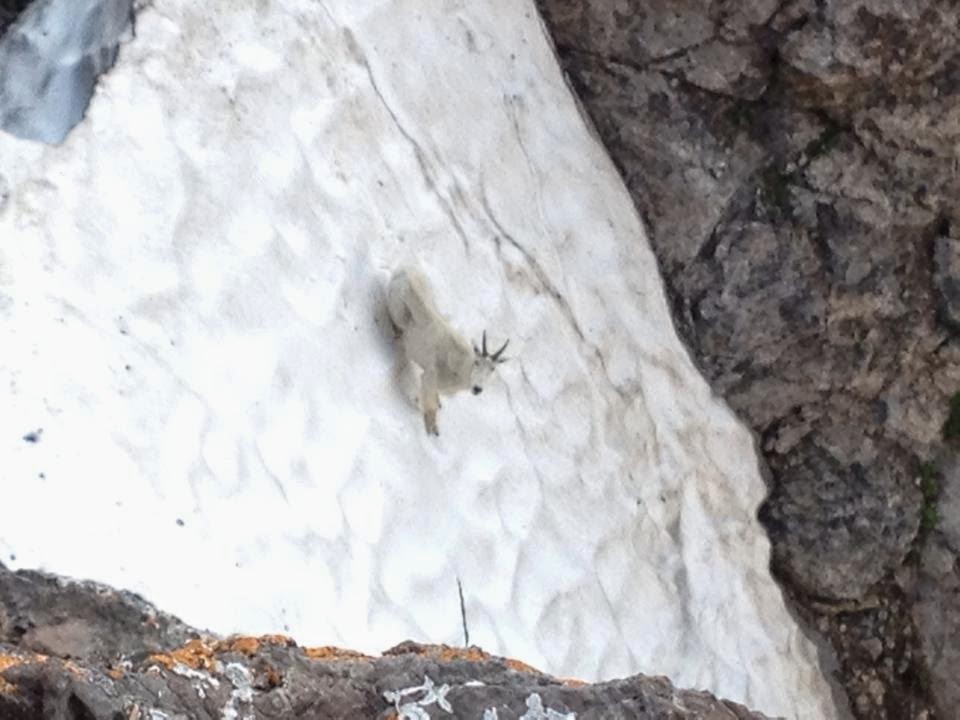 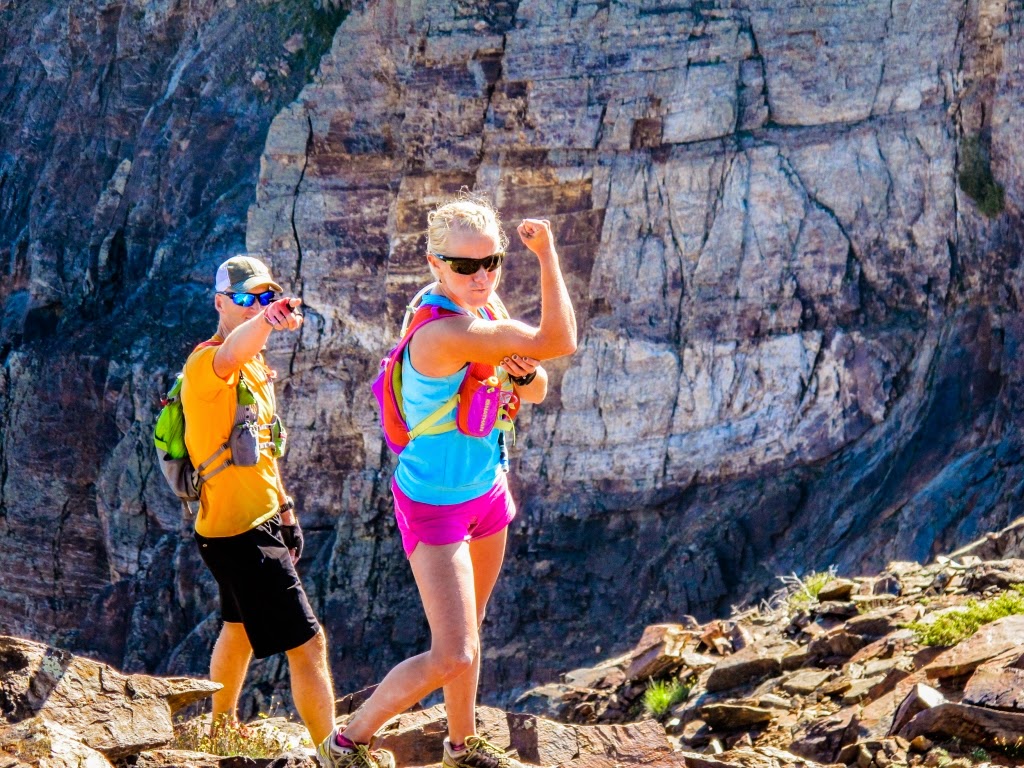 When I return to finish the WURL, it will be for the aesthetics of the line and the connection with the mountains. When that will be, who knows, But I will go back. And when I do I’m quite certain I will return a different person.